A certified coach, experienced  arbitrator, and qualified as an expert in federal and state courts, Wendeen Eolis is an arbitrator and expert witness whose credentials have been accepted in court cases and arbitrations since 1969, the year of her first appointment  as an arbitrator for APCNY, the statewide trade association for recruiters and executive search consultants.

Wendeen became Chairman of the APCNY Arbitration Commission in 1971 for a three-year term, following which she was elected President of the 1500 member Association, representing placement firms in New York State (1974-76). In 1976,  Wendeen was a leading force behind the modernization of state laws that affect employment agents. The New York State Senate presented her with a citation for her contribution.

Wendeen formed an Arbitration Committee for NAPC in 1976, and since completing her three-year term, she has continued to serve as an arbitrator, chief arbitrator, and mediator in disputes involving employers with recruiters-- across the country.

Wendeen also is consulted as an industry expert and counts more than 100 cases involving fee disputes, attorney compensation claims, and employment discrimination grievances. She has been deemed "qualified" in every case that has tested her credentials. 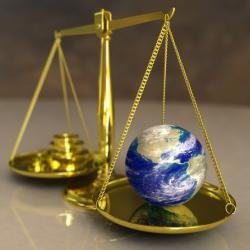 Wendeen H. Eolis has qualified as an expert witness in federal and state courts and  offers expert testimony in deposition,  arbitration  and/or at trial with regard to: customs and practices of the legal profession including attorney fees, staffing and employment compensation matters, general personnel matters including wrongful termination, and discrimination claims.

Comfortable In the Hot Seat